If you’ve applied for a job in the last 5 years, you may have wondered if a computer algorithm had any role in your ultimate success or failure. We are in the midst of a steep rise in machine learning applied to HR, with Gartner reporting that 17% of HR teams are already using machine learning and another 30% will do so in the coming year. Recruiting use cases are often on the short list because they have data readily available, but that doesn’t mean they are easy to design or execute. This blog post is the first in a series that tackles critical design considerations for HR recruitment algorithms.

Having worked with HR teams at many different organizations, I know that many never even considered using a screen-out approach. This is unfortunate, since it addresses some of the common concerns about AI in hiring models. 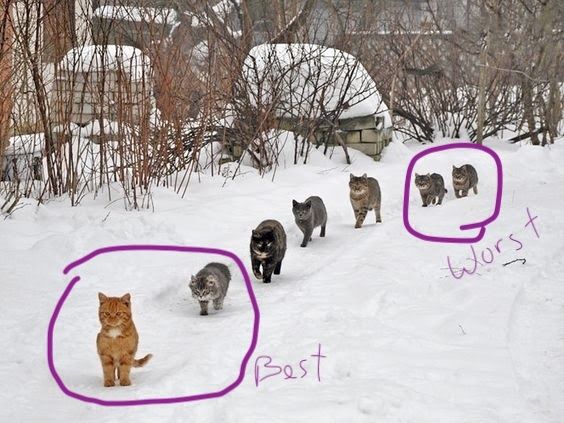 The key difference between the approaches is the impact on the applicants in the middle. In the context of a job application, the middle group is the group that has no clear disqualifiers, but also doesn’t match the attributes of the historically successful applicants.

In the context of corporate diversity and inclusion efforts, that group is valuable.

Machine learning algorithms in recruiting that take a screen-in approach often miss out on qualified candidates in the middle. In the worst case scenario, the initiatives of the VP of Recruiting and the VP of Diversity, Equity & Inclusion end up working against each other, and the Chief Human Resources Officer (to whom they both report) is completely unaware of the conflict. I’ve seen this happen more than once.

It seems contrarian to train a model to identify the job applicants least likely to succeed, but for many organizations it may be the better way to approach process automation in recruiting. By keeping the group in the middle (i.e., those who don’t represent previous hires but who also don’t have obvious disqualifying characteristics), organizations can help ensure that historical hiring disparities don’t keep good applicants out of the pipeline.

How to Do It

The good news is there are easy design fixes which don’t require collecting new data. As a DataRobot user, you will see the benefits of automation by being able to test and compare numerous different design options with minimal effort.

Tip: Try Both in DataRobot

In DataRobot pursuing Option 1 or 2 requires a different target variable column, but all the other data can be exactly the same. Since DataRobot makes model development so quick and easy, there is no reason to not try both approaches. You might be surprised that the same individuals receive very different scores using the two options. This makes intuitive sense when you think about your own job skills and the extent to which they would match a recruiter’s ‘best’ criteria versus not match the recruiter’s ‘worst’ criteria.

Let’s apply this idea to a job position for content writers. While a best-of-the-best, screen-in algorithm might value extensive use of literary devices such as metaphor and dramatic irony, a worst-of-the-worst, screen-out algorithm would remove applicants with poor grammar and spelling.

As a data scientist, who occasionally likes to write, I would probably not score well on the algorithm trained to find the best writers; however, I would probably also not match the characteristics of the worst writers. By using the screen-out approach, I’d have a shot at sharing my diverse content knowledge even though I’m not a top writer.

This is the first post in a series on designing recruiting algorithms for HR. Future topics include designing the target, the choice of initial training data, common pitfalls when retraining, model blindspots, and ideas for improving baseline model performance.

In the next post, I dive deeply into designing the target variable. Most organizations select ‘was the applicant hired’ as the target of their binary classification model without considering the other options or implications.

This is quite interesting, and your examples for detecting the best writers in Option 1 and identifying the worst in Option 2 both make the point easier to understand.  It seems arguable that one shouldn't pick Option 1 or Option 2 for actually deploying this use case, but to deploy both models and score through them to help prioritize candidates and inform hiring managers as to who might be best positioned as a successful hire.

Good observation @doyouevendata. You could chose to train both versions, but ultimately you'll still need a set of principles and/or models to put together a slate of candidates for the hiring manager. In a hypothetical situation where a hiring manager wants to meet 4 candidates for each open position, HR could put forward 2 candidates from each model. Then HR could run a side experiment to examine who ultimately gets hired and whether they reached the interview stage via the screen-in or screen-out model.

Announcements
Welcome to the DataRobot Community! We're so happy you're here! If you haven't already, check out helpful tips for navigating through the community, as well as guidelines to keep in mind while you're sharing and learning along with the rest of us. Have a look at the latest community newsletter.

Just getting started using the AI Cloud Platform Trial? Have a look at these basics and FAQs.