Turn on suggestions
Auto-suggest helps you quickly narrow down your search results by suggesting possible matches as you type.
Showing results for
Search instead for
Did you mean:
Check out the latest webinar (on-demand): 10 Keys to AI Success in 2021
Options

This article describes different ways to handle multicollinearity within DataRobot.

Multicollinearity tends to cause problems when you are examining the coefficients of your model. Due to some features being related, you may not have a correct interpretation of the individual effect of each one of them on the outcome of the model.

You could use the Feature Association matrix to identify highly associated variables. Then, create a new feature list that removes all but one of the highly associated features. The Feature Association matrix lists up to 50 features from your dataset along both the X-axis and Y-axis (Figure 1). By default, those features are taken from the Informative feature list, sorted by the cluster they belong to, and with mutual information as the association score. Each of these choices can be replaced with other options. 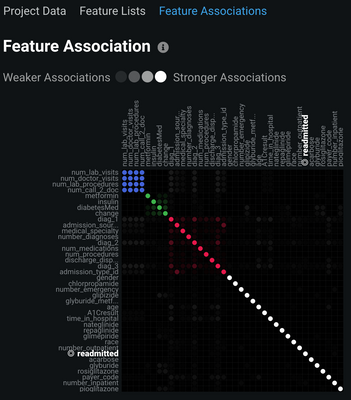 The panel to the right of the Feature Association matrix provides a better view of both the clusters that DataRobot found and the association score for each pair of features (Figure 2).

Figure 2. The association scores for each pair of features

You could use the Feature Impact tab (below the Understand tab) to identify redundant features and create a new feature list that excludes them.

In the Feature Impact tab, DataRobot indicates all variables it considers redundant with an alert icon (Figure 3). Each variable in this tab has an associated Feature Impact score, which is computed based on a permutation method that measures the impact each variable has on the performance of a given model. 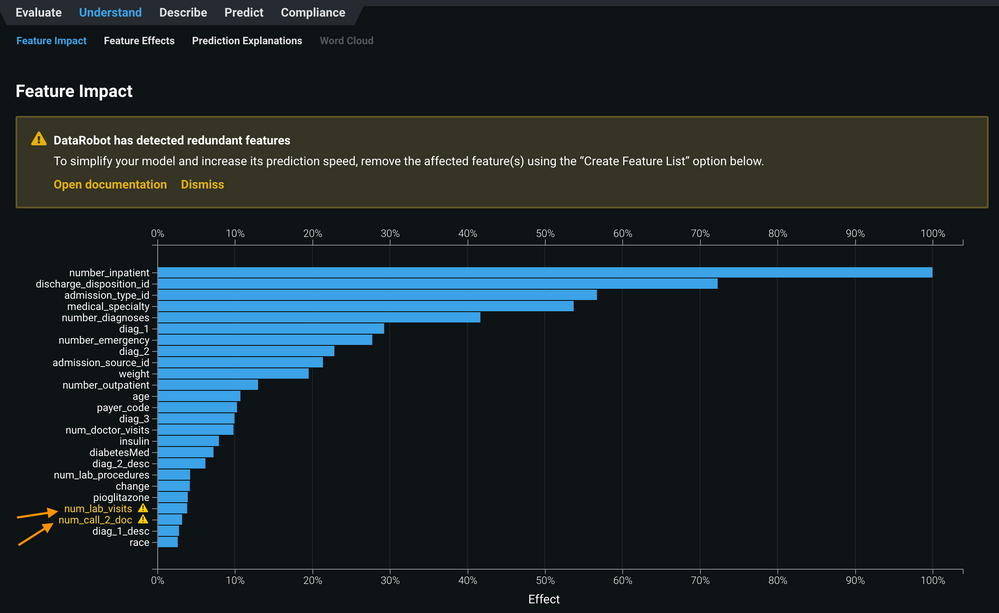 Lastly, you could just let DataRobot automatically handle your multicollinearity problem. DataRobot has a variety of modeling algorithms that automatically take care of multicollinearity. For instance, some modeling approaches such as linear regression have an L1 regularization (or Lasso penalty) step that shrinks the coefficients of redundant features to zero (Figure 5), while others have an L2 regularizer (or ridge penalty) that shrinks the same coefficients to very small numbers (Figure 6). 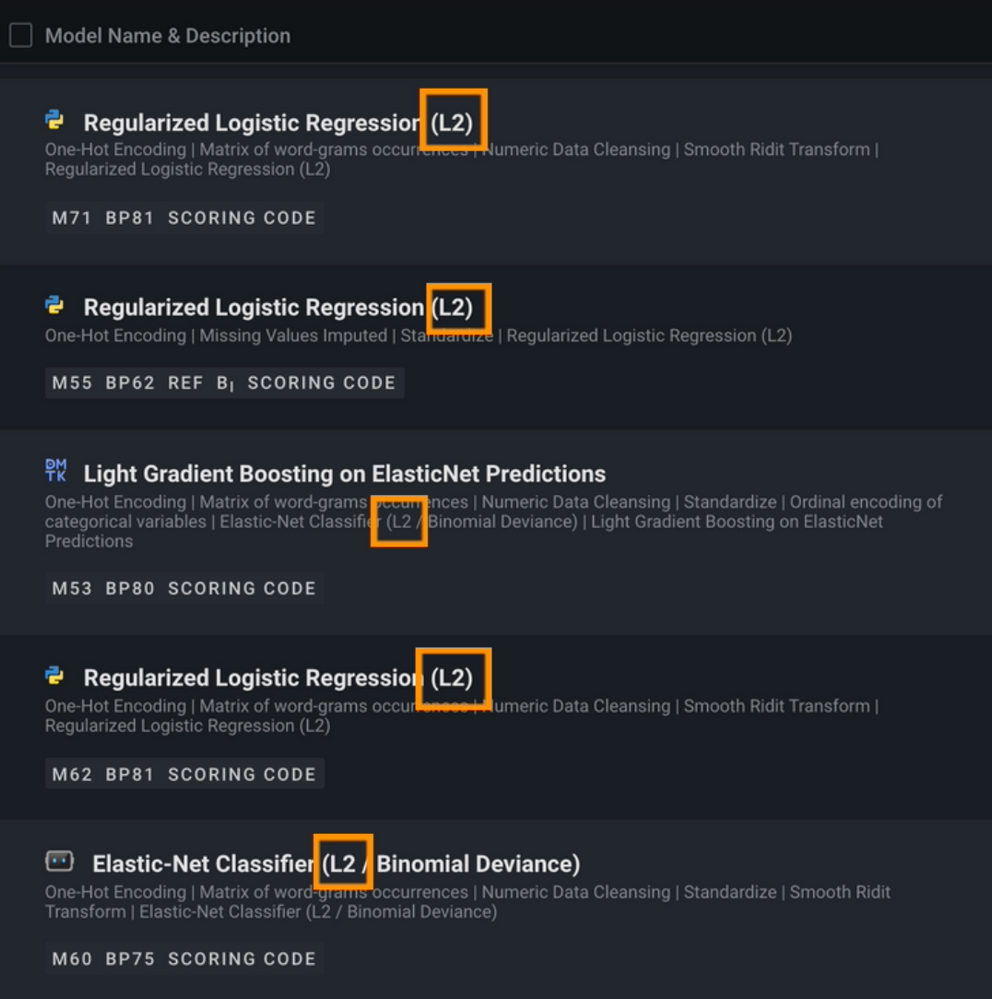 In addition, DataRobot has different versions of Tree-based approaches that are also robust to multicollinearity (Figure 7). 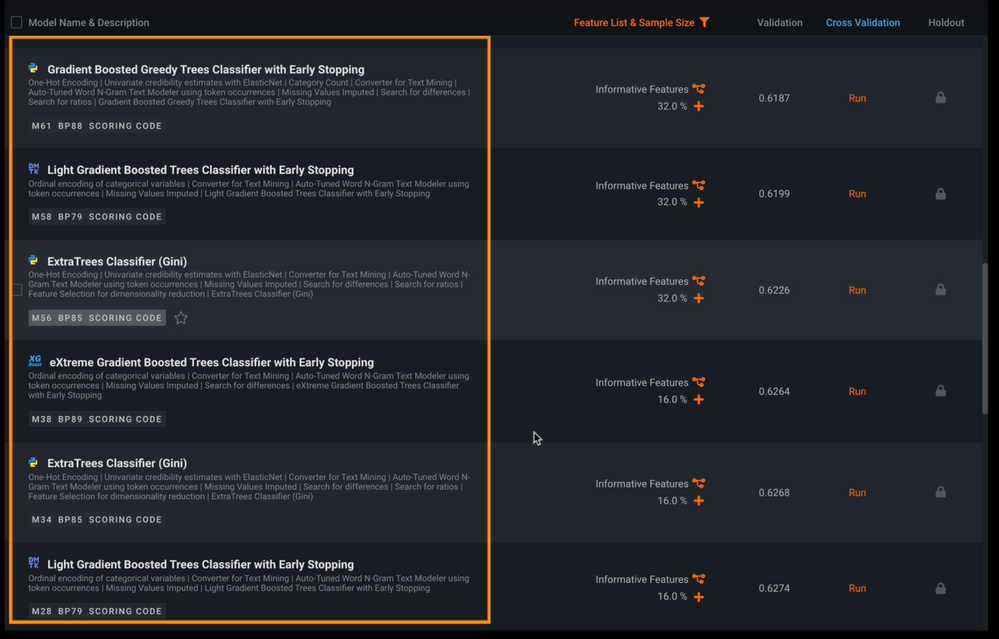 Figure 7. A sample of Tree-based approaches