If your dataset contains one or more text variables, as shown in Figure 1, you may wonder whether DataRobot can incorporate this information into the modeling process. This article will show you just how it can.

Figure 1. Input dataset with one or more text variables

DataRobot lets you explore the frequency of the words by giving you a frequency value table, which is the histogram of the most frequent terms in your data and a general table where you can see the same information in a tabular format (Figure 2).

Let's move on to modeling. DataRobot commonly incorporates the matrix of word-grams in blueprints (Figure 3). This is a matrix produced using a widely used technique, TF-IDF values, and combines multiple text columns.

Figure 3. An example blueprint that uses a Matrix of Word Ngram as a preprocessing step

For dense data, DataRobot offers the Auto-Tuned Word N-gram text modelers (Figure 4), which only looks at one individual text column at a time. The latter approach uses a single n-gram model to each text feature in the input dataset, and then uses the predictions from these models as inputs to other models. 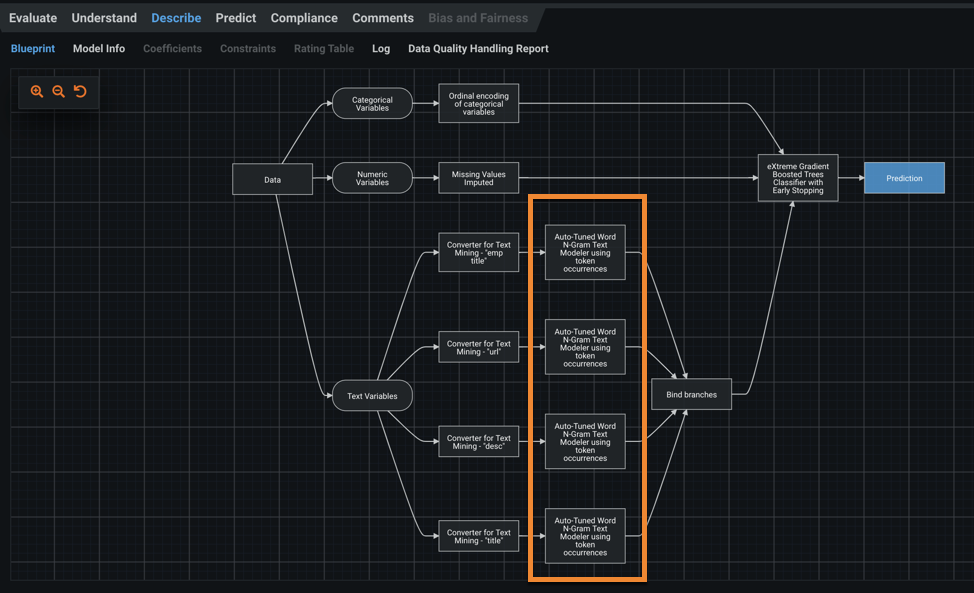 Auto-Tuned models for a given sample size are visualized as Word Clouds (Figure 5). These can be found in the Insights > Word Cloud tab. The top 200 terms with the highest coefficients are shown, along with the frequency with which each term appears in the text. 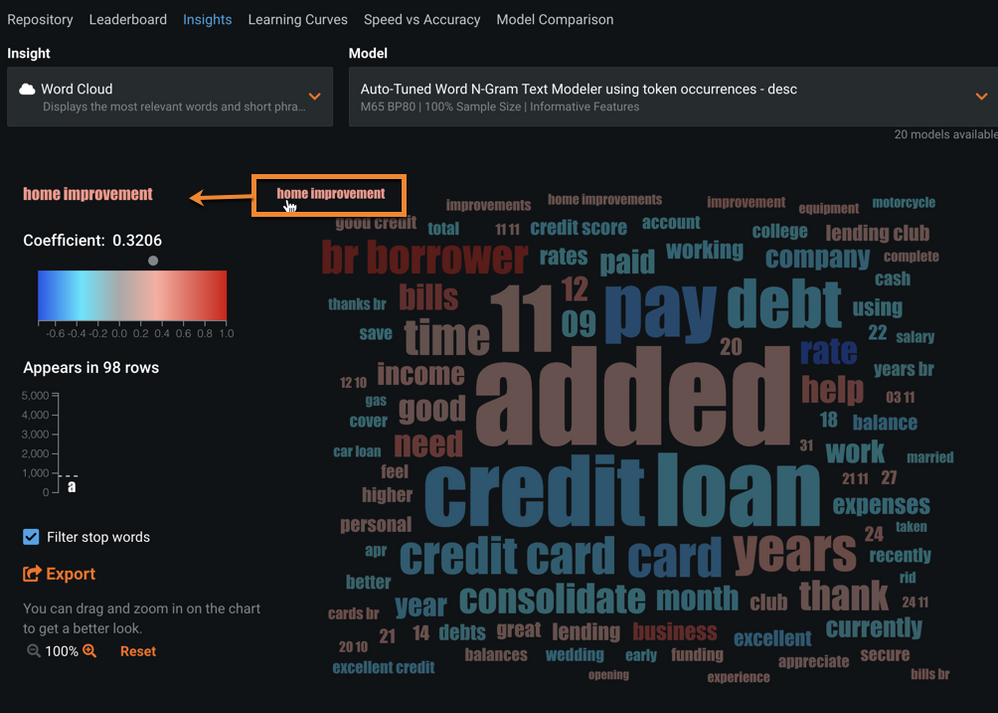 There are a number of things you can do to this display:

The coefficients for the Auto-Tuned Word N-gram text are available in the Insights > Text Mining tab (see Figure 6). It shows the most relevant terms in the text variable, and the strength of the coefficient. You can download all the coefficients in a spreadsheet by clicking Export. 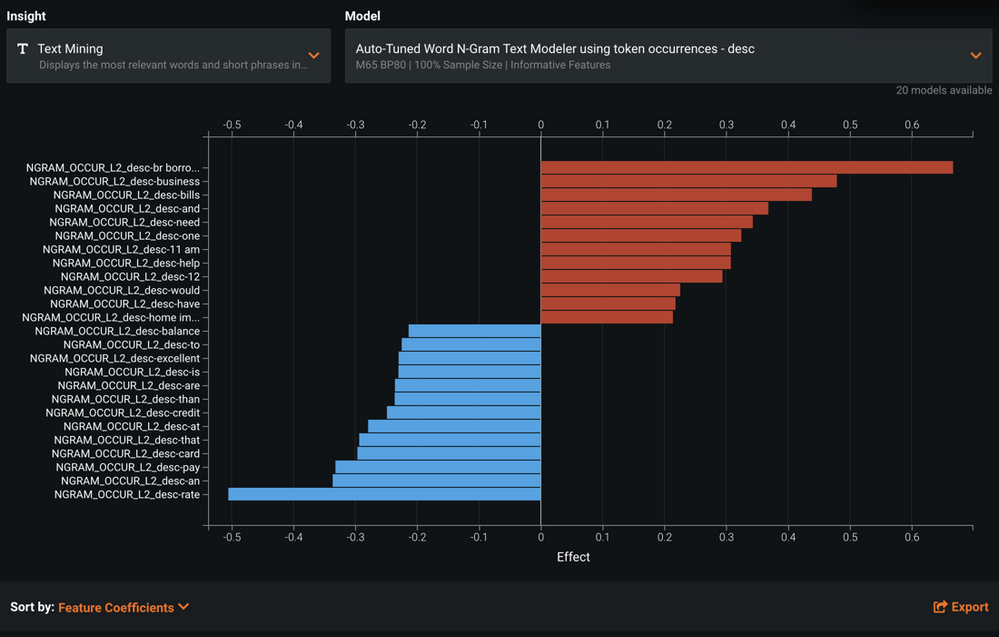 Finally, DataRobot also offers more NLP approaches in the Repository, such as Fasttext (Figure 7a). You can find those algorithms by typing ‘Fasttext’ in the search box; DataRobot will retrieve all blueprints that contain that preprocessing step.

Figure 7a. Example blueprints with Fasttext as part of their preprocessing stepsDataRobot also has other techniques such as cosine similarity (Figure 7b) when there are multiple text features. 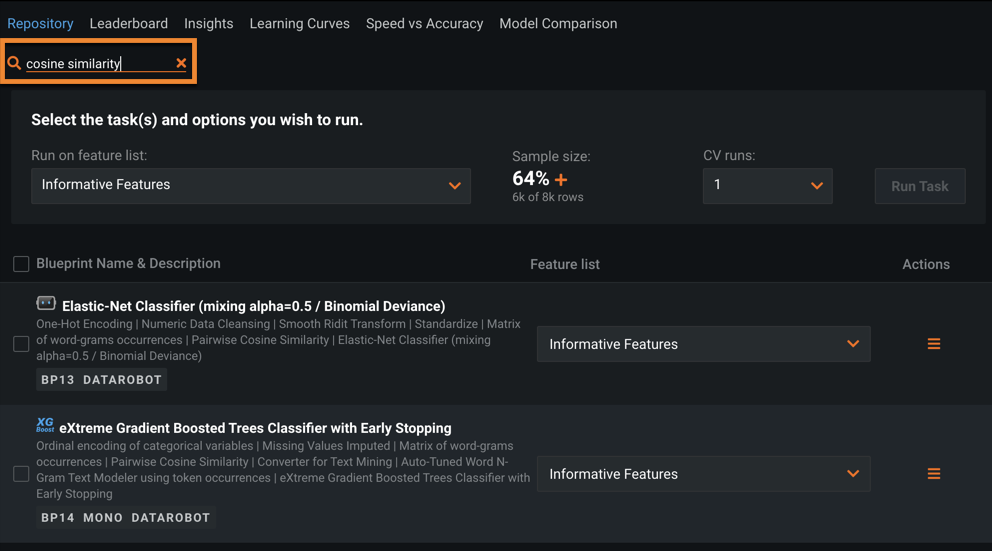 Figure 7b. Example blueprints with cosine similarity as part of their preprocessing steps

Figure 8a. Blueprint with Pairwise Cosine Similarity as a preprocessing step

And Vowpal wabbit-based classifiers, which use use N-grams (Figure 8b). 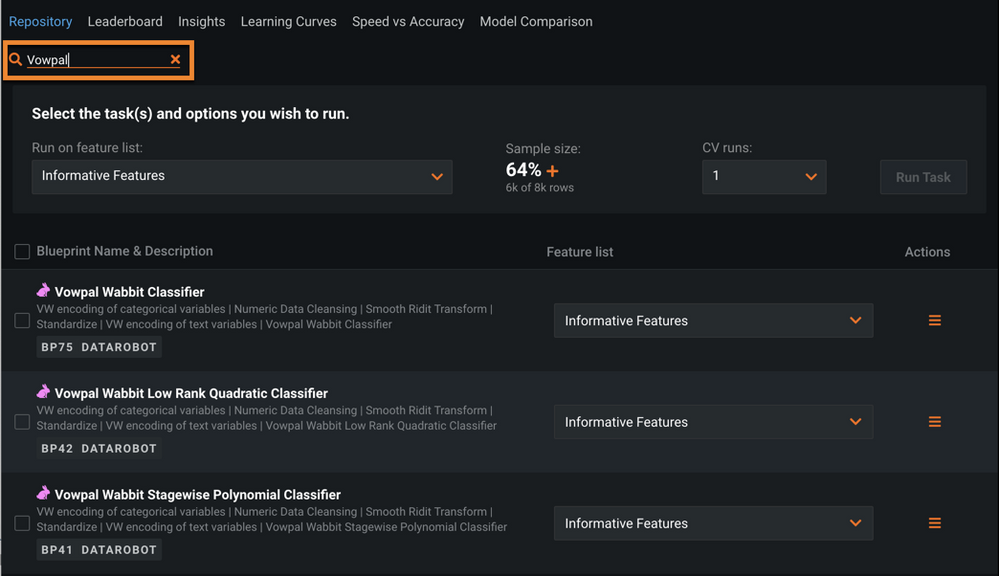